Māori Funeral traditions have changed little since pre-colonial times. The influence of European culture is scarcely felt, Māori funeral processes instead continuing to hark back to the olden days - only minor updates have been made, with most practices remaining true to the roots and origins of the Māori people. For the reason that the tangihanga is the least changed tradition since the arrival of Pakeha, as well as other factors both cultural and practical, out of all Māori ceremonies the tangihanga is seen by many as the most important.

Tangihanga (a word which includes but is not limited to the Western concept of funerals), have their origins in the myths and legends of pre-colonial Aotearoa, as well as being informed by practical concerns of the time. 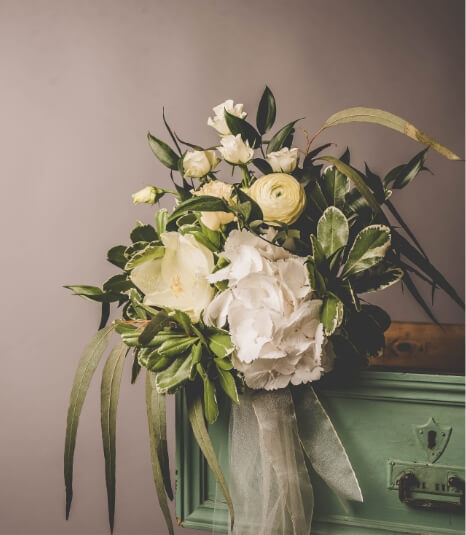 In many places, the fasting period of days gone by has been relaxed to a degree – the whānau pani may wait until the flag of the marae has been lowered before commencing to eat, whereas in previous times the fasting period may have lasted for the whole tangihanga, which itself lasts for three days. However, the custom remains that someone must remain with the body, or tūpāpaku, of the deceased at all times.

Another tradition that remains is the expressing of emotions, without concealment of ill feeling or other grievances – as the Teara resource informs us, “Open grieving and outpouring of emotion is encouraged. ‘Māori discourage people from concealing their emotions. It is considered therapeutic for all involved to feel completely comfortable expressing their grief openly.’”

The role of the whānau pani (a concept also covered by the terms kura tūohu or kira mate – translated as the bereaved family) is to mourn. Grieving takes a multitude of forms and in traditional times this included practices such as haehae (the ritual laceration of the body) with obsidian or shells, or even potentially suicide, or whakamomori. For the bereaved family, with particular regard to the pouaru or widow, this form of grieving was in historical times considered to be acceptable in some cases.

The bereaved family’s (whānau pani) role in the proceedings has changed a fair bit since old times, due to the advent of the technological innovation and intensive urbanization that has transformed our vast rural landscapes into urban centres over the past 100 years in particular.

A custom that continues to be practiced today, albeit with less strict enforcement than at its inception, is that of fasting – the whānau pani would not do anything other than remaining beside the tūpāpaku (body) and refraining from eating.

The practices for nehu or hahu (translating to the burial of the body) have changed over time. Traditionally in olden times the tūpāpaku were buried in shallow graves, or placed in secret places which may have been trees or caves. In certain cases, the tūpāpaku would be weighed down with something, such as heavy rocks, and buried in a deep pool of water, whether lake, river or the sea.

After a time the tohunga would return and collect the bones for the hahunga (exhumation ceremony, realized in modern times as the unveiling of the headstone, usually a year after the tangi). The bones were washed and scraped clean before being painted with red ochre. They were then returned to the marae and mourned over for a second time, in a similar ceremony to the tangihanga.

Historically, the bones were committed to their final resting place in secret so that their hapū’s enemies could not seek out the dead’s remains to desecrate them.

Cremation was – and is – not commonly practiced, usually happening in the case of serious disease, or when the person had died in the territory of the enemy (for the purpose of preventing their bones being captured by those who were enemies of the deceased). However, in regard to the diversity of New Zealand’s current habitants, Lagoon View do also offer Cremation and Direct Cremation services.

The hākari or feast is an important part of the mourning process. The whānau pani are symbolically welcomed back amongst the living, as they have not eaten the entire day/time that the body is visited by those who wish to remember, spend time with or otherwise speak with the dead.

Early European colonists who observed such ceremonies made note of the fact that the hahunga was as much about feasting as the recalling of the iwi or hapū together. They would not only remember those who had been exhumed and reinterred, but also could use the occasion of having everyone gathered together to contemplate issues and perhaps reassess the tribe’s future.

For the reason that the tangihanga is the least changed tradition since the arrival of Pakeha, as well as other factors both cultural and practical, out of all Māori ceremonies the tangihanga is seen by many as the most important.

Direct Cremation or Burial from $3650:

Find any advertised or quoted price for any like for like products and or services within Auckland and we’ll do it better.

Get in touch with us at Lagoon View Funeral Services today to organise your funeral, so that we can discuss the appropriate customs that will be observed and the practices that you wish to carry out. Call us at 09 527 1866 to begin making arrangements today.